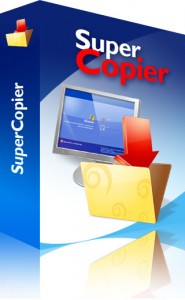 Windows doesn't certainly stand out for its speed when copying or moving files. This is why using a program like SuperCopier is such a great idea!

SuperCopier manages transfers of large quantities of folders and files, or huge-sized files in a much more reliable and efficient way than that standard Windows Explorer. You can run the program from its icon on the system or simply copy and paste files and folders in the usual way: SuperCopier is embedded in Windows Explorer and will take care of the task.

This program not only makes copying and moving files much faster, but also adds some handy new options: you can now pause and resume the task at any point, see the transfer speed rate, check the percentage of completion, create lists of files to be copied or moved and even modify this list while the process is already taking place. Best of all, SuperCopier doesn't replace the standard copy/paste Windows functionality, so you can try it out without any fears and simply uninstall it in case you're not happy with it.

SuperCopier includes a complete settings menu that lets you tweak the program's behavior, as well as customize some details in the program's interface– which, to be honest, wouldn't win any design prize. 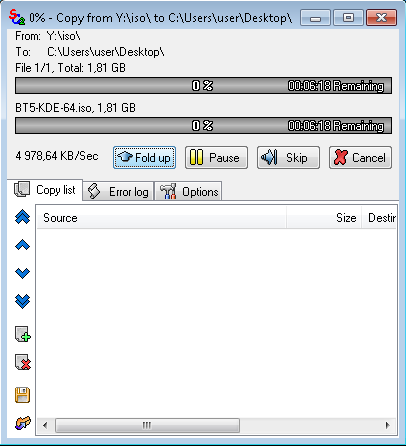