Ezvid is exceptional because of the power of its cutting-edge effects and features. With voice recording, facecam, voice synthesis, screen drawing, and speed control, Ezvid the world's single best solution for making videos which entertain, inform, and enchant your viewers.

With one click, you can record your screen with Ezvid, and capture whatever appears on your computer screen: Web pages, games, applications, paint programs, maps — the list goes on and on. Edit your video and then save it for later, or upload it directly to YouTube: the choice is yours.

Ezvid harnesses the power of your computer to create incredibly sharp and high resolution movies of whatever appears in front of you. You can then nonlinearly edit these videos, make speed changes, re-arrange, add text, image slides, and much more, creating a video in minutes instead of hours.

And Ezvid is FAST. Not only does Ezvid use the latest C++ binaries to take advantage of modern multi-core CPUs and video cards, but Ezvid has been carefully designed to increase the speed of screen recording workflow and video editing organization. With auto-save functionality, built-in YouTube upload, and myriad other features, Ezvid leaves the competition in the dust.

Ezvid's elegant and revolutionary screen drawing functionality allows you to draw directly on your screen; coupled with Ezvid's ability to record a region of the screen, you can create amazing screencasts and document your online world with ease.

Since release in early 2012, Ezvid has been downloaded more than three million times and used to make millions of videos on YouTube. Especially popular with players of Minecraft and other massively viral games, Ezvid burst on the scene and quickly dominated as the screen recorder and video editor of choice. Stay tuned as Ezvid releases even more amazing features soon, including innovative solutions never before seen on any computing platform. 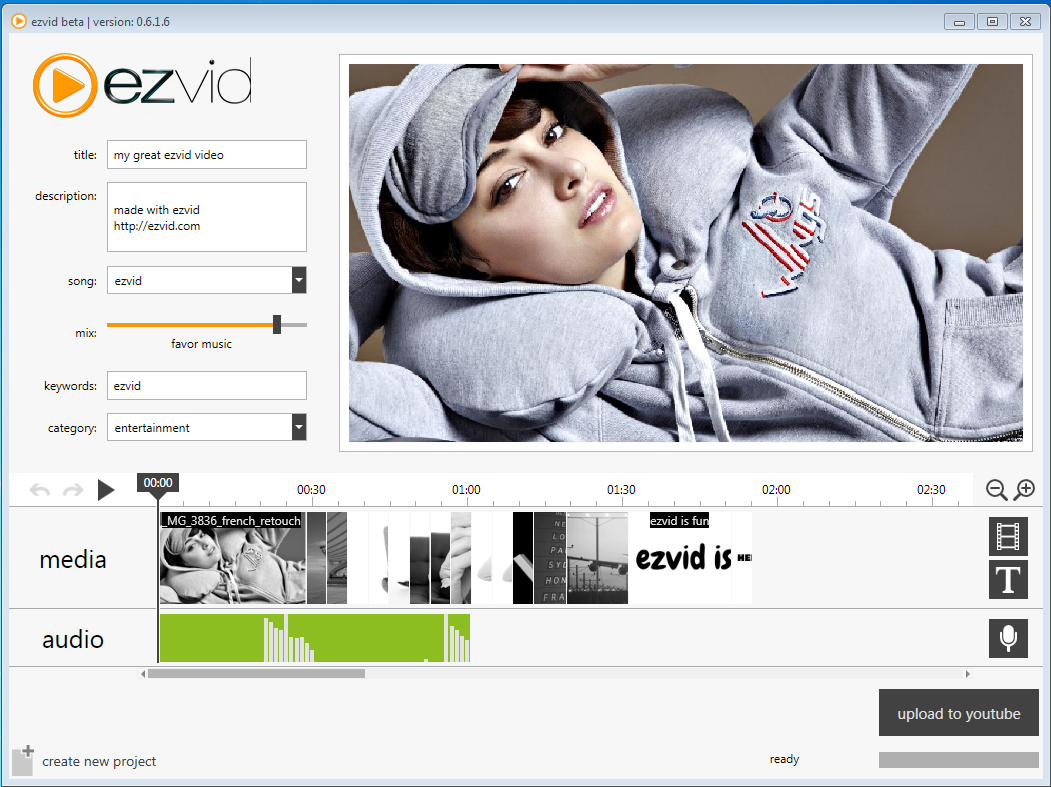