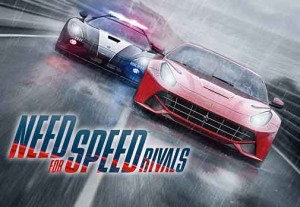 Need for Speed Rivals offers up an action-packed street battle for gamers. Players thunder through the streets of the fictional town of Redview County as speed junkies or law enforcers - giving players the chance to switch between both sides of the law, climb the career ladder and unlock new cars and technical toys.

In Need for Speed Rivals, there are only two types of racers: the hunter and the hunted. On both sides of the law, the player can carve out an awesome career.

Players race in exotic racing machines, competing against one other in illegal street races, contests against the clock or escaping persistent police patrols. Each time you play you can challenge other drivers to a race in the open game world. This also applies to other human players in public sessions or private races between friends. Need for Speed Rivals' online and offline modes flow smoothly into one.

In-game rewards in Need for Speed Rivals take the form of Speed Points (SP). The longer you keep up your winning streak, the higher the Multiplier and the more points rack up. If you don't get your points to safety in good time, you could lose them forever.

If you lose a race you go home empty-handed. The same happens if you let yourself get caught by the cops or if the vehicle is destroyed. If you lose against a human player, the winner gets the points. Players must therefore consider carefully if they even want to risk a race to get a high multiplier or if it'd just be better to bank their points.

New vehicles can be unlocked by the racer by rising through the ranks with the number of races won. The car must then be purchased using Speed Points. These same points must be used to tune the engine to improve handling or to create visual accents - like stripes, racing paint or stickers.

Cops take the battering ram for a spin

The cops hunting the racers in Need for Speed Rivals are certainly not harmless. They also have access to fleet patrol cars. In contrast to the racers, they don't have to buy new cars. They are immediately available as soon as the required rank is achieved. However, these cars can't be tuned.

Cops win Speed Points by successful chases. Alternatively, they have to race against the clock to the target - and may not touch the road boundary, or ram other vehicles. Otherwise, there's a time penalty.

Hunters and the hunted rely on technology

To fight effectively against street thugs, cops have pinstrips, jammers, roadblocks and helicopters. The racers' response to these is a whole host of assault weapons, or they can fire up the turbo and leave the cops in the dust. There are restrictions on both sides: you have to buy new technical toys for each vehicle and you can't fit more than two at a time. During Need for Speed Rivals, the equipment becomes stronger and the arsenal expands to other gadgets.

With a free app you can follow the Need for Speed Rivals map on iPhone, iPod or iPad, set waypoints, watch friends and challenge them in races. Or you can start with smaller mini-game challenges on the app. Despite all these good points though, the second screen loses points due to a noticeable delay in loading.

In terms of control, Need for Speed Rivals makes only small changes compared to Most Wanted and Hot Pursuit. The Arcade Racer puts more emphasis on fun than on the realism of a simulation. The screeching tires scream as you drift across hairpin bends, using the handbrake to get the necessary swing to the side.

If you need to, you can manage it all with the keyboard, but you should change the default key assignments. It's much better to play Need for Speed Rivals with the gamepad, though, which reflects the fine steering movements much more smoothly.

Artificially-guided drivers have, at least in the first phase of the game, relaxed somewhat and let players catch up (even after several accidents). Conversely, a seasoned virtual driver can't be caught so quickly.

Visually, Need for Speed Rivals is certainly not stripped bare. The cars are straight out of glossy brochures - until they're involved in collisions. The damage model shows significant injuries to the body. To permanently destroy a vehicle, though, requires some effort.

The scenery is also presented well. Redview County brings a good mix of mountainous sections, city, forest and desert-like areas. Rain, ice and falling leaves, as well as the change between day and night, makes for excellent visual variety.

Less convincing, however, is the performance of the online server. Delays result in wild jumps from other players' vehicles, sometimes coming out of nowhere and swerving across the track.

Need for Speed Rivals is very like the two previous versions (Hot Pursuit and Most Wanted 2). Some might say that's a bit boring - but it really isn't like that. Rivals compresses the games down to their very essence of thrilling racing action, well-matched arcade handling, impeccable graphics and a funky soundtrack. 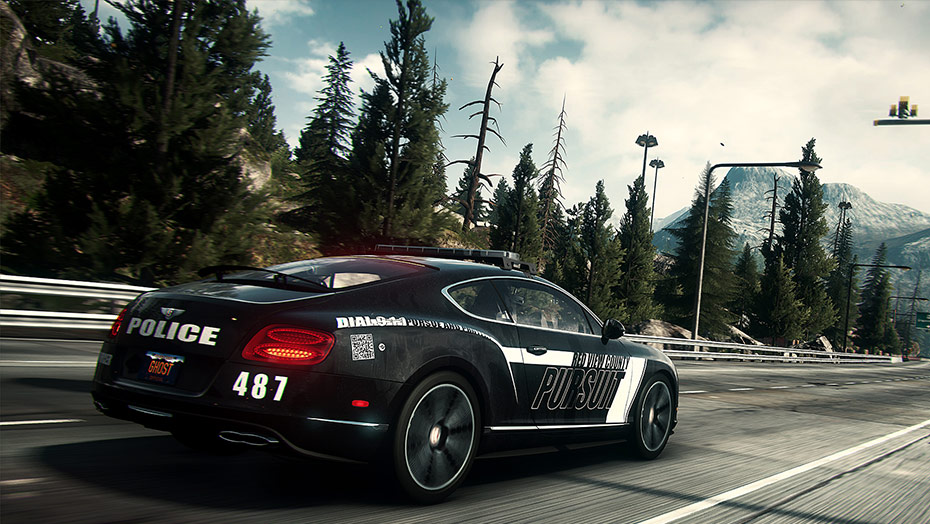 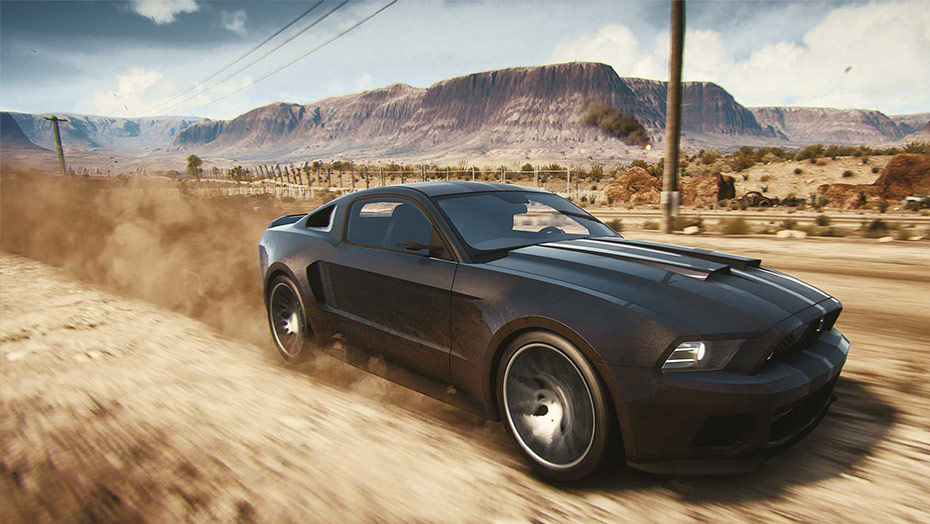